The 69-year-old alleges a Michelin reviewer wrongly identified ingredients in a souffle, believing the chef used English cheddar instead of French Reblochon and Beaufort emulsion with saffron.

“I put saffron in it, and the gentleman who came thought it was cheddar because it was yellow,” says Veyrat. “That’s what you call knowledge of a place? It’s just crazy.”

Veyrat said he has been ‘dishonoured’ by the loss of the star and compared it to a death.

“I feel like my parents have died a second time,” he told Le Point magazine. “Can you imagine the shame I feel: I am the only chef in history to get a third star and then to lose it the next year.” 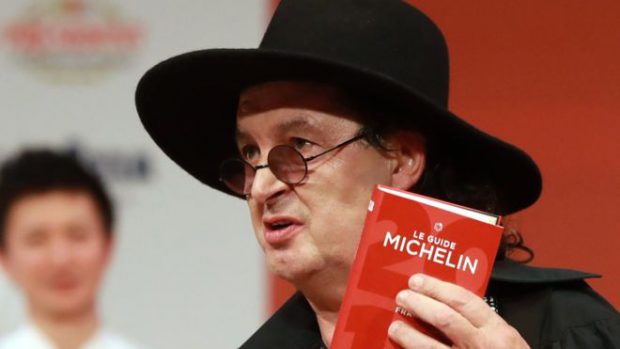 The matter is set to be heard by a Paris court in late November, with Veyrat’s lawyers requesting the Michelin Guide to turn over restaurant receipts and reviewer notes and ultimately clarify the reasons for the demotion.

“If the restaurant was downgraded from three to two stars because the reviewers thought they were eating cheddar when there wasn’t any, then that is extremely serious,” Veyrat’s lawyer Emmanuel Ravanas told the New York Times.

“We don’t know on what criteria he was evaluated, with what appear to be very big methodological errors that the Michelin is refusing to communicate about.”

The guide issued a statement refuting the claims, and said representatives sat down with the chef to inform him of the loss of the third star, but nevertheless will “carefully study his demands and respond calmly”.

“We understand Mr. Veyrat’s disappointment, and no one is disputing his talent, although we regret his unreasonable persistence in accusing and noisily communicating,” reads the statement.

While the chef has confirmed he has not lost money over the loss of the third star, he’s requested to be removed from the guide completely. “I decided to get rid of my two stars. I withdraw from the Michelin Guide,” he said.