“It just got a whole lot harder to take a bad photo.”

If you take Apple’s word for it, the iPhone 11 will make life a lot easier — especially for those in the culinary industry.

We all know on-point imagery can help boost your social media presence and get customers in the door, which means the $1199 price tag could be worth every dollar.

The tech giant launched three new phones on 11 September, the iPhone 11, 11 Pro and 11 Pro Max, with all showing promising signs in the photography department.

Equipped with a schmick dual camera system (the Pro and Pro Max have three camera lenses), the 11 and the rest of the line now have the capability to take ultra-wide photos with a 120-degree field of view. 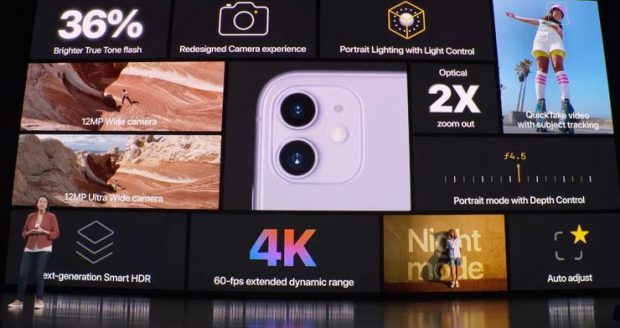 Founder and director of Buffet Digital Sophie McComas says the power of photography cannot be overlooked.

“When a photo doesn’t do your dish justice, it’s almost doing more harm than good,” she says. “High-quality imagery is key to driving engagement on social, and so the higher quality camera (or camera inside your phone!) you have access to, the better.”

Apple also launched night mode, which could be a game-changer for venues with low lighting. The feature will automatically turn on if the environment is deemed too dark.

“Until now, iPhones in particular were pretty shoddy at low-light exposure without the use of flash (which rarely makes anything look good), so night mode will hopefully help alleviate that, allowing you to truly capture those late night scenes,” says McComas.

Videos have also had an update, with the phone now boasting the highest quality video on the market. Users will also be able to switch seamlessly from taking a photo to a video by holding down the shutter button should you wish to turn that bubbling saganaki photo into a mini feature film.

Other handy features include an all-day battery, water resistance up to 2 metres for 30 minutes and the toughest glass seen on a smartphone, which will come in handy in a kitchen environment.

Hospitality polled our followers on Instagram and asked if they would be splashing out on the new model.