Hospitality is on the ground in Singapore covering the World’s 50 Best Restaurants and a number of key points have been highlighted during the festivities so far – the most prominent revolving around gender and age equality.

Ripert spoke about the way he used to run his restaurants and how he has changed as a leader. “I let myself be angry in the kitchen and I treated the staff and waiters poorly, screaming at them,” he said.

But the Le Bernardin chef said studying Buddhism completely changed him personally and professionally, even working with a Tibetan monk who visits his house once a week. “Every day I mediate and every day I study,” he said. “I try to absorb the teachings and take the messages I’m receiving and translate them into a secular message for the team. They seem to be responding well to the logic I’m sharing. I lead by example.” 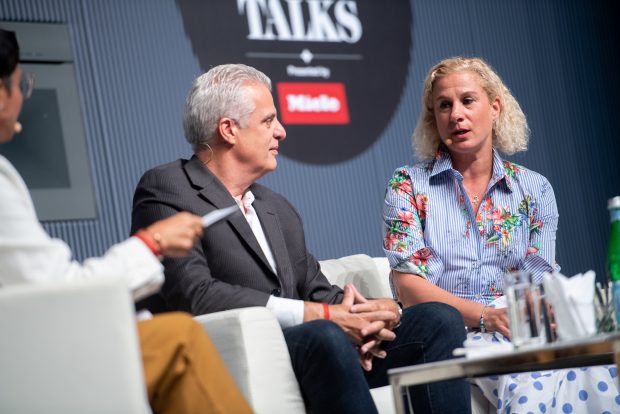 Ros, who was named the World’s Best Female Chef in 2017, discussed the topic of age in the industry, and the absence of restaurants that support ‘older’ workers and offer flexibility for employees. “So many times, when I [would speak] to 31-, 32-year-old girls, they would say to me, ‘Hey chef, in a year I’m going to quit’, and when I would ask why they would say, ‘Because I want normal work or [I want to] have children and still work’, and I would say, ‘You can do it here’ and they would say, ‘Really? I haven’t seen a kitchen where this is possible’.

The Hisa Franko chef also raised the issue of gender in relation to the media coverage she has received in recent years. “Almost every interview I did in 2017 and last year regarding the best female chef, people were putting words into my mouth about equality of gender – how about equality of age? Show me a kitchen capable of having someone who is 45. This is respect for me. This is my responsibility.”

Bottura said the hardest thing was to create a theme, in turn resulting in a challenge when it comes to managing staff. “It’s the most difficult thing to stimulate people in a cultural way and make them feel they can grow and learn,” he said. “We are trying to teach young apprentices how to think and how to transform ideas.”

The chef, whose restaurant Osteria Francescana is currently holding the no.1 position, stressed the importance of workers showing who they are. “A couple of weeks after they arrive, you see things you can’t even imagine.” 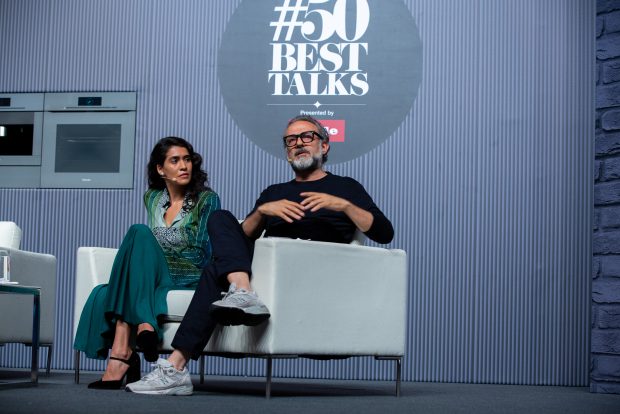 Reed labelled Singapore as an “appropriate setting” for the event due to its culinary landscape of “hawker to fine dining favourites”, and said Tuesday night’s ceremony would be the most extensive yet, with all 50 restaurants represented at the awards.

The press conference also covered the launch of a new initiative dubbed the ‘Best of the Best’ hall of fame, which will see the induction of former no.1 restaurants.

In January, the program announced current and former no.1 restaurants would not be included in future editions, a move that questioned the validity of the program if the ‘best’ are taken out of the picture after one year at the top and fuelled rumours of the true motivation behind the rule change – was it spearheaded by chefs (Massimo Bottura, Daniel Humm have been named by Time) or was it in the works the whole time as Drew stressed when asked by a member of the media?

Either way, the top 50 will be unveiled this evening. Follow @hospitalitymagazine and Hospitality‘s editor Annabelle Cloros on Instagram for live coverage of the event.