The perks of kids menus

Kids are part and parcel of dining out in 2019, and most restaurants and cafés attract a wide range of age groups, from toddlers to adults and everything in between. Tantrums and hungry mouths aside, what if there was a way to ensure a seamless dining experience for the whole family?

This story originally appeared in the March issue of Hospitality magazine. Subscribe here.

James Kummrow never thought much about kids menus until he had children of his own. Finding a family-friendly venue that catered to children was becoming a struggle, and the Fatto Bar & Cantina chef quickly realised the importance of creating a dedicated offering. “When Fatto opened, the concept was closely related to an older generation who were patrons of the arts,” says Kummrow. “But as the venue developed and we learnt more about our customer base, we wanted to make sure we were faithful to our original brief and loyal to our regulars. The Arts Centre puts on shows during the holidays, and we’d have a line of mums and kids wanting to eat. It’s been important to cater to families who go out with children — I have kids of my own and I know what it’s like finding something to keep them happy and well fed.”

The Unicorn Hotel in Paddington, Sydney, isn’t the first place that springs to mind when you think about family-friendly dining, which is a notion Kenny Graham and Jake Smyth wanted to change when they relaunched the venue in 2015.

“Great pubs are about community, and families are the cornerstone of community,” says Smyth. “Kids get forgotten about in the constant fight for their parent’s attention, so we wanted to create something special just for them. Offering an affordable and delicious option for families is a great pleasure.” 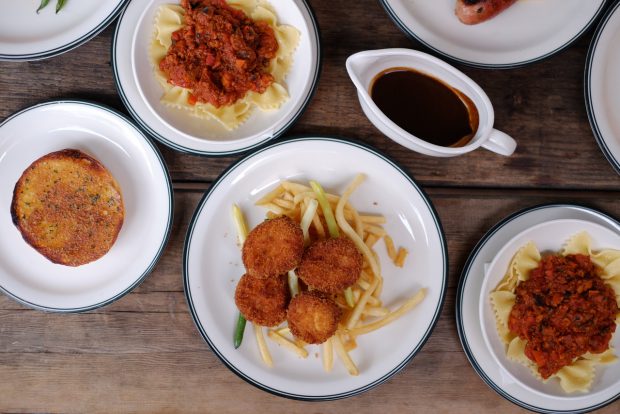 Kids are notorious for being picky eaters, and creating a menu that caters to a number of tastes and dietary requirements can be a challenge. It’s also important to design an offering that falls in line with your venue’s direction.

Kummrow wanted to create dishes that were unique to Fatto and appealing to kids, which led to pasta and pizza topping the list. “Essentially, the kids menu is the greatest hits,” says the chef. “The top seller is pasta with butter and cheese, but most of the time we serve the cheese on the side because some kids want to do it themselves or they’ve changed their mind and don’t want what they usually have.”

Fatto also offers half portions of regular menu items, but Kummrow says families will usually order from the kids menu or share smaller plates. There’s also the option of a $20 meal deal with includes a main, side, gelato and soft drink. “It’s the biggest seller off the kids menu and they really enjoy the treat,” says the chef.

The kids menu at The Unicorn revolved around the concept of hidden vegetables to keep “parents on side”, with dishes including sausage with mash, peas and gravy; chicken nuggets with chips and beans, pasta bowls and a fish of the day with carrots and green beans. The venue also offers their own version of a meal deal priced at $14 for a main and dessert. Smyth says demand for the combo has been growing and parents have been receptive. “Getting an affordable and generous option in front of parents is popular,” says Smyth. There’s also a kids eat free night on Wednesdays from 5–8 pm, which was a strategic move from the team. “As parents, we wanted [to go with] a mid-week night as we know how taxing it can be — Wednesday will hopefully be a day that can create some relief for mums and dads.”

Altering dishes can be a risky move, but it’s important for chefs to treat the kids offering in the same manner as the standard menu. “I try to regularly change the menu, but it’s really driven by best sellers,” says Kummrow. “It’s typically a margherita pizza and spaghetti with butter and parmesan.” The venue also runs specials during school holidays, which are a drawcard to customers in the area. “We did a Nutella pizza with marshmallows, strawberries and mint for World Chocolate Day and we’re also working on some pizza masterclasses later in the year.”

The Unicorn takes a similar approach to changing the menu, but stresses the importance of continuity. “We change it from time to time, but kids are fickle creatures of habit — so stability is pretty important!” says Smyth. 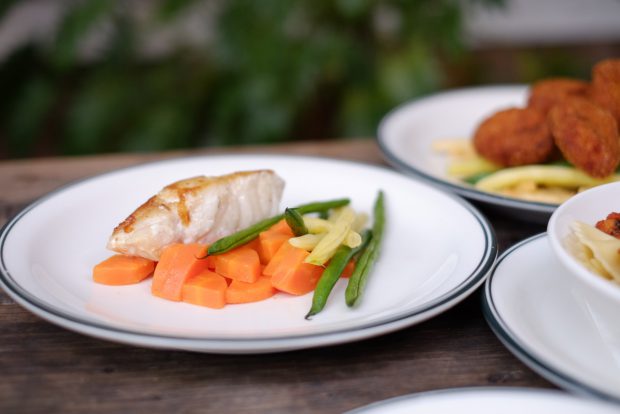 Change can also be good for chefs, who often grow tired of repetition in the kitchen. At Fatto, the introduction of a kids menu led to new training opportunities in the kitchen and on the floor. Front of house ask customers if they’d like kids meals served with adult meals and to confirm any dietary requirements. “Our chefs know what to do and are trained to check dishes before they leave the kitchen — we have to be careful about serving hot plates and hot portions,” says Kummrow. “We’re also conscious of delivering food to the table quickly and ensuring the food gets out of the kitchen asap.”

If you’re thinking a kids menu can make you a quick buck — you’re right — just not in the way you might think. Kids menus can offer a portal for parents to return to the restaurant at a later date sans children and helps establish a brigade of loyal customers. “It’s less about having a super profitable price point,” says Smyth. “The whole exercise is about creating a wider community and providing a fun night for families. Having the pub full of young kids really creates a great energy, and happy parents breeds happy punters at other non-kid- friendly times.”

Kummrow admits the kids menu isn’t a profitable avenue for Fatto, but the chef is firmly focused on the bigger picture by creating a positive experience for families. “I think it leaves the opportunity for repeat business,” says the chef. “It’s certainly not done for profit — it’s about the long-term goal of trying to get business into the venue.

If you can express that sense of hospitality to everyone that walks in the door, you’re passing on the values of the business and they will put you front of mind if they want to go out again. Maybe they will return another day without kids and have a second glass of wine with their meal.”

There are a number of benefits that come with introducing a kids menu — the potential for repeat business, establishing a meaningful connection with the community and attracting a new market of diners is just the beginning.

This story originally appeared in the March issue of Hospitality magazine. Subscribe here.