The next additions to the group’s existing 82 venues will look a little different to their predecessors, with co-founder and CEO Bao Hoang leading a delivery-centric expansion.

Hoang says the tumultuous conditions caused by the pandemic have only made the team more determined to continue the company’s growth trajectory.

Roll’d faced a tough challenge — currently, the majority of its outlets are located in food courts — but hibernation was never on the cards.

“Since the start of the pandemic, we took it the other way,” says Hoang. “We made sure that we drive sales and openings, because that allows us to keep our team employed. The whole intention has always been to continue to drive as much sales or growth in the business as possible to maintain as big as a team as possible.”

Initially, the company stood down 800 of its 1800 employees, but as of a month ago, 750 of them are back on the books. Opening new venues is a crucial part of the picture. The motivation to hold on to staff provides an incentive to keep pushing.

“As soon as the pandemic hit, we said ‘We’re not going to make money this year’,” says Hoang. “Our intention is to keep our team employed as much as possible when it does sort of go back to normal.”

The average store takes 18 months to open from conception to launch and requires an experienced team of operations managers and trainers. The time frame allows the company to ensure the budget is set properly and the right team are involved.

“We’ve built a team over a long period and we’ve learned our lesson from previous [openings],” says Hoang. “We have opened stores in a hurry previously without the right infrastructure underneath, but we have a pretty deep talent pool of staff to open stores.”

While several of the upcoming openings will open in food courts, three to four of the new stores will launch on suburban high streets, and the company is looking to industrial parks for future openings. It’s the start of a new growth strategy that will see Roll’d adapt to an increasing appetite for delivery.

“We’re rolling out what I call out Roll’d store 2.0,” says Hoang. “It’s much more local and all about using our food trucks, delivery cars and scooters. Then, once businesses are able to return, we’ll be doing a lot more in those areas where [people] are less likely to go into a food court or a shopping centre; we’re going to bring the food to them.”

The location strategy is all about enabling delivery. Although the pandemic has spurred the team into action, a delivery-centric model has been on the cards for much longer. The current conditions have provided an opportunity to test it, according to Hoang.

“JobKeeper allowed us to test it and trial it, without going into negative margins,” he says. “However, there’s still a fair bit of work to be done to make sure [the margins are right].”

The resources required to get delivery right — whether through a third party or in-house — means it won’t be a good long-term strategy for all venues. But Hoang cautions against a short-term pivot for the sake of it.

Hoang acknowledges many operators will choose the delivery pathway to keep afloat while under restrictions; it comes back to accepting that it most likely won’t be a profitable venture, especially if it requires changes to your menu or service style.

Roll’d is investing in the transition to delivery because Hoang can see the long-term benefits for the company, as well as more opportunities. The brand has primarily been considered a lunch option and consumers are used to enjoying its dishes in a takeaway format. However the new locations will feature an expanded menu that provides options for dinner, too.

“It’s really about adding extra sales to our business rather than cannibalising existing sales already,” explains Hoang. “The issue [with delivery] for a lot of businesses is that if [customers] used to come to your restaurant, and now you’re delivering the food [instead], I think you’d lose a fair bit.” 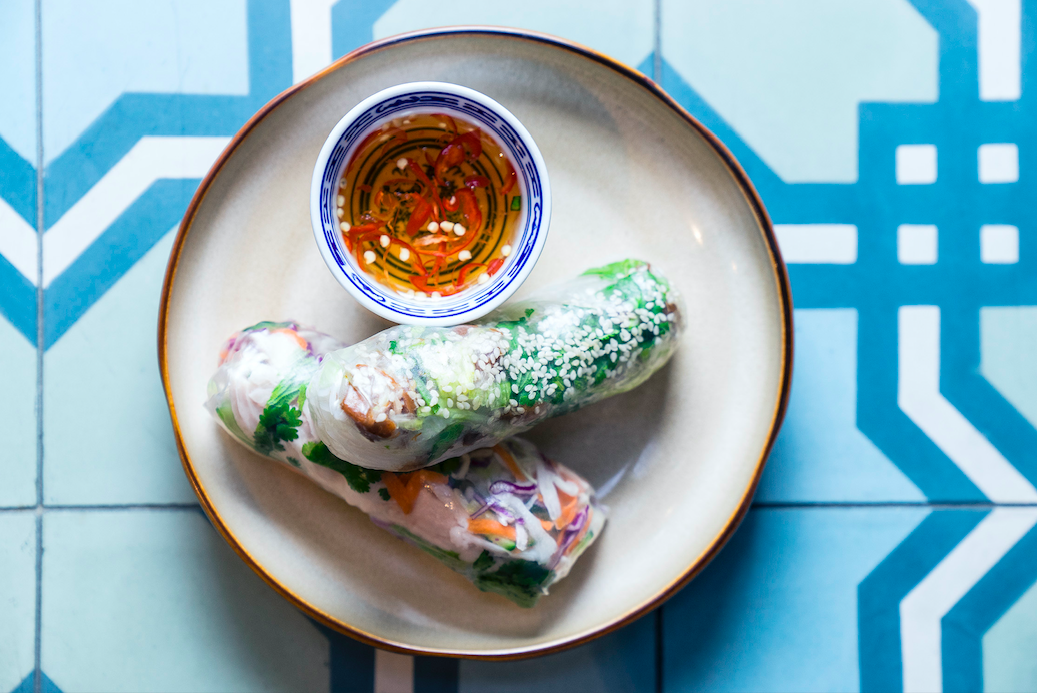 Neighbourhood locations will also allow the company to capitalise on its Roll’d Runner, a food truck that recently launched in Brighton, Melbourne, and services surrounding suburbs. The Mr Whippy-inspired innovation has had mixed success and a few technical difficulties, but with the kinks now ironed out, three more trucks are set to launch in the next six weeks.

The Rolld’ Runners are attached to local franchises, with prep done in-store. “High street locations make much more sense for a food truck, because trying to park it somewhere near a food court or a shopping centre and then get food out to it would be difficult,” says Hoang.

Ultimately, Roll’d Runners will make delivery affordable by offering regular customers the chance to pre-order. “At the moment, we have 10 or 12 regular families ordering every week. They put in a standing order for the next two weeks and then the truck will go out to the house,” says Hoang.

The road out of the pandemic might be long, but Hoang, who has recently joined the federal government’s National COVID-19 Coordination Commission, is positive. “We obviously have our challenges and I sit on a board that questions some of the growth strategies that I still have,” he says.

“I’ll take on advice, but inherently my absolute intention is to continue to grow. Like anything in business and consumer sentiment, when people see growth, they’re going to be much more positive.”

The optimism allows Hoang to look beyond the pandemic, too. “We’ve still got international expansion on the horizon,” he says. “I’m doing a lot of research into drones now as well; looking to the future is one of our values.”

For now, the focus is on the next four months and providing affordable healthy meals, particularly for Victorians in lockdown.