The chef’s arrival coincides with a new culinary direction for Pontoon, which will now revolve around Basque-inspired dishes. 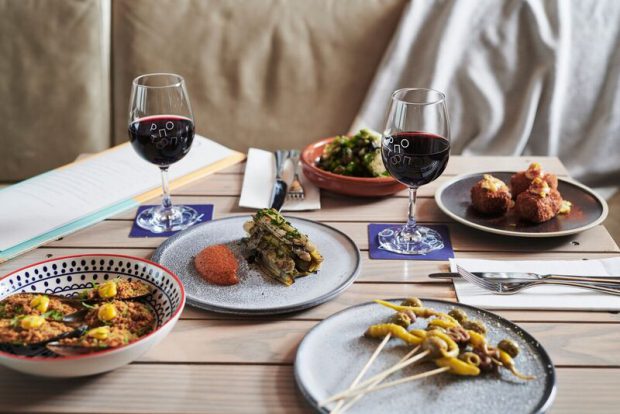 Dishes include jamon croquettes and baked mussels with saffron aioli and pangrattato. A paella marisco is also on offer alongside pil pil, slow-cooked lamb shoulders with ajo blanco sauce and dry-aged rib-eye with charred vegetables.

Group sommelier Gavin Cremming has updated the wine list, which now has a focus on Spanish drops including a 2016 Toma ‘Tinto’ Garnacha Tempranillo from Navarra and a 2015 Lagar Da Xestosa Mencia from Monterrei. A range of winter cocktails and sangria are also available.