Mirazur has snagged the no.1 spot at the 2019 World’s 50 Best Restaurants awards held in Singapore.

It marks the first time a French restaurant has secured the top spot in the program’s history.

Italian-Argentinian chef Mauro Colagreco was overwhelmed by the announcement, repeating the word ‘wow’ as the crowd erupted when Mirazur was announced as the number one restaurant.

The 13-year-old venue, which received three Michelin stars this year, previously held the no.4 ranking. 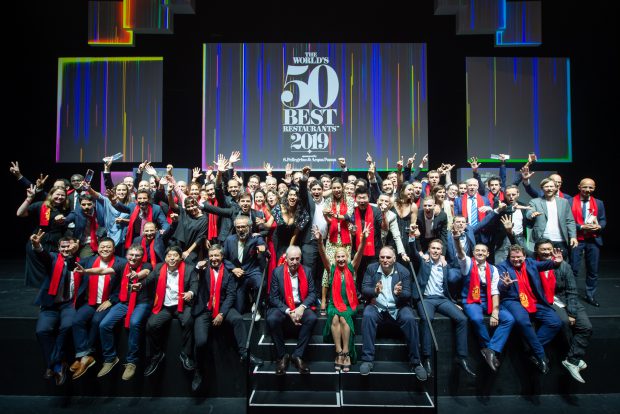 Colagreco spoke on the win at a press conference held after the event.

“It’s incredible. I don’t have words to explain. It’s something so special, all the work, all of the love,” he said.

“I have plenty of messages with this work. I think something changed this year. Three Michelin stars for a non-French chef in France [and] this is the first year a number one restaurant is French.”

When asked about the future of the restaurant now he has arguably reached the pinnacle of success (and won’t be included in the top 50 again, as per the new rules), Colagreco said it was all about simplicity.

“The vision is to try to express yourself and try to give our guests the best experience,” he said.

Rene Redzepi’s Noma (Copenhagen) came in at no.2 followed by Asador Extebarri (Spain) at no.3, Gaggan (Thailand) at no.4 and Geranium (Copenhagen) at no.5.

There were no Australian restaurants included in the top 50, with Ben Shewry’s Attica our highest-ranking at no.84 followed by Dan Hunter’s Brae at 101. 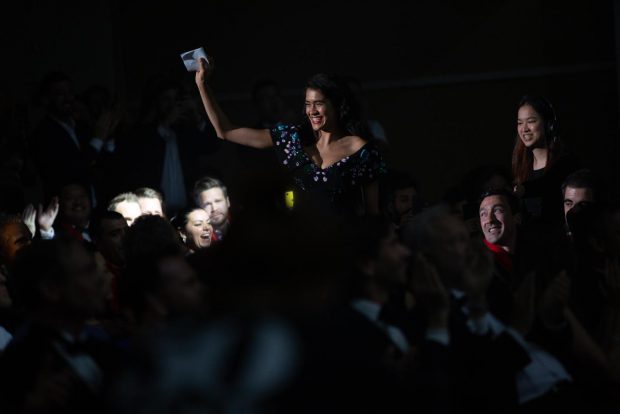 Jose Andres delivered a passionate speech about gender equality and feeding the world while accepting the Icon Award, while Den’s Zaiyu Hasegawa (no.11) and his team celebrated on stage together when accepting the Art of Hospitality Award.

Lido 84 (Italy) received the One to Watch award, Andersen Lee was named as the BBVA Scholarship winner, Alain Passard secured the Chefs’ Choice Award and Azurmendi (Spain) was the Highest Climber (moving from no.38 to no.14) and Schloss Schauenstein (Switzerland) snagged the Sustainable Restaurant award.