Dave Pynt is the highest-ranking Australian chef in the world. Burnt Ends, his “shitty little barbecue restaurant” in Singapore, clocked in at no.59 on the extended version of The World’s 50 Best Restaurants list — a high for any chef. When quizzed about his reaction to the news, he responded with the following: “I haven’t looked at the entire list to find out, but that’s good to know.”

Pynt’s reply says it all. The chef attended the event, but he skipped the legendary after party to get back to his young family. He’s laser focused on running Burnt Ends, three Meatsmith locations and now The Ledge in the Maldives. But he did say this: “It’s pretty surreal to be honest. It’s incredible that there a lot of people out there who like our restaurant.”

The chef sat down with Hospitality to talk about the weight of stars and rankings, the nuances of operating in Singapore and why he just wants his staff to be better than he is.

To put it simply, the past few years have been great for Burnt Ends. The six-year-old restaurant has accumulated some serious accolades with Pynt receiving the Chefs’ Choice Award in 2017 and Burnt Ends earning its first Michelin star in 2018. The restaurant also snagged the no.10 position on Asia’s 50 Best list.

So what are the real perks of these accolades beyond recognition? Lists and stars naturally lead to spikes in bookings and an increase of media attention, but it’s not all glitz and glory. Awards tend to raise diner expectations, and some people don’t realise Michelin stars don’t equate to white tablecloths and food that looks like it belongs in a gallery.

Pynt’s experienced this issue at Burnt Ends. “Every now and then, there are people who don’t understand what we do,” he says. “Having a Michelin star, I think some customers want things a little bit more prim and proper, and we’re not. We’re loud, we’re noisy, we work with ash and we’re not a pretty-plating kind of restaurant.”

Burnt Ends is unapologetically Burnt Ends, and Pynt tends to steer clear of the odd unhappy customer and let his front of house team take care them like the professionals they are. “My tolerance level for that kind of thing is very low,” he says. “Everyone is entitled to what they see as value for money and what we should deliver [in relation to] what we charge and the accolades we’ve won. But in my opinion, we do what we do. Take it or leave it — you don’t have to be here.” 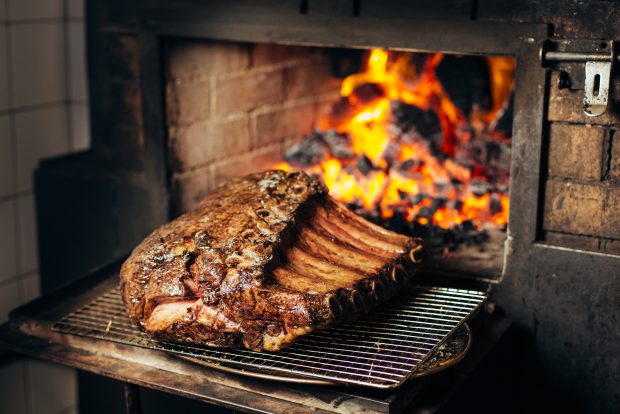 There are a number of commonalities shared by restaurants, no matter where they exist in the world. The most pressing? Staffing. While Pynt says he doesn’t struggle to find workers — the team is now three times the size as it was when Burnt Ends opened — he knows it’s an issue for his peers. “We have an amazing team and a lot of them have been with us for a long time, but I know it’s a big problem in our industry,” he says.

The solution is glaringly obvious — make working conditions better so more people are interested in long-term careers in hospitality. But we’re just not there yet. Long hours and high-pressure environments are part and parcel of the current landscape.

However, many restaurants are taking things into their own hands and evaluating their own workplaces. Pynt and his team are in the process of implementing workplace practices to create a better environment for employees. “Something we have spoken about recently is, ‘How do we make our staffs’ lives better?’ We haven’t answered the question yet, and we’re not going to be able to do it overnight, but it’s something we want to do.”

There’s also another side to the coin: Do ‘relaxed’ kitchens have the same output as those that thrive on pushing the limits? The jury is out. “There’s the flip side of never being an elite athlete unless you train really f**king hard,” says Pynt. “How good do you want to be and what’s our role in pushing staff to be the best they can be while maintaining those who see it as a regular job? Some people want to be the next best chef and others want work–life balance — it’s about finding out what the individual wants.”

Just as staffing is a global issue for the industry, so too is mental health. But Pynt points out that it isn’t limited to hospitality — every sector is impacted. “I think the big movement has to be not what we are going to do, but what we can do to better understand and help people communicate when they’re not feeling great,” he says.

Pynt is well aware of the toll a career in hospitality can take on workers and is vigilant when it comes to the wellbeing of his team. “We work really insane hours; the pressure is high,” says the chef. “But if someone has an issue in our kitchen and we see them having a bad day, we talk about it. We’ve had issues in the past and we are proactive and aware. We take it really f**cking seriously. We spend more time with these people than our families. If we can’t look after them, how are we meant to take care of our own families or our guests?” 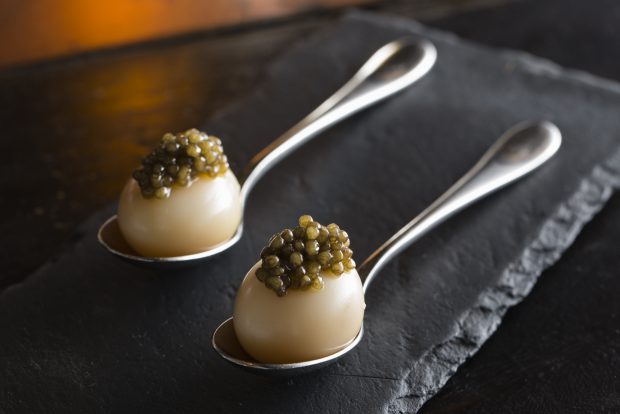 With five venues under the Burnt Ends collective, consistent staff training has become an important component of the business, especially with the launch of Pynt’s first international location, The Ledge at the Waldorf Astoria. “The cross-training program is going to be the backbone of how we move forward,” says the chef. “So if you’re a new head chef, you train with us at Burnt Ends for three months, and if you’re a sous chef, manager or assistant manager, you come here for one month.”

Pynt estimates he’s on-site at The Ledge twice a year with his team travelling to the Maldives six times on an annual basis. The senior team at The Ledge travel to Singapore for one week each year for additional training. “If you add it all up, there’s a lot of touchy-feely time which is important for us to identify strengths and weaknesses and immerse their senior team in our culture,” says Pynt.

Inter-company training also extends to Meatsmith, which Pynt says is now running like a well-oiled machine. “We do a lot of training with those guys; sometimes we send our team down there to help them or [vice versa],” he says. “We have a good team in place there now and I’m very open with letting them get on with it — I don’t have the time or interest to micromanage.”

Pynt says the expansion of Meatsmith has prompted him to improve his own communication skills, which has allowed him to grow as a manager while empowering his employees. “One of the guys who worked at Burnt Ends for four years has taken over one of the Meatsmiths and I can almost leave him alone,” he says. “We have conversations every few weeks and I go to meetings once a month. It’s more of a mentor role rather than a boss and just nurturing them to be the best they can be. I say to a lot of the staff that start with me: ‘I just want you to be better than me’. If they leave and they’re better than me, I’m really f**king happy. ” 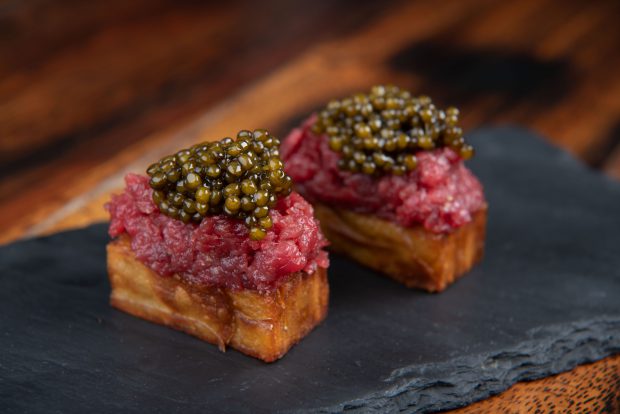 Singapore is known as a country that has access to the best of the best. Fish is flown in from Japan, vegetables come from Europe and the concept of seasonality isn’t rammed down your throat like it is in Australia.

In Singapore, everything is in season all the time. But as a chef who’s worked in countries such as the UK and Australia, it’s an adjustment. “I was talking to Daniel Humm and he was asking how I find importing everything,” says Pynt. “In London, everything was super local and seasonal and you’re forced to change up your menu, but in Singapore, it doesn’t exist. You can fight it or accept it. I can get two seasons of black truffle and asparagus and wild trout from Norway. If you don’t limit yourself, you can get so many more amazing products to serve your guests.”

And while Pynt says you can get whatever you want whenever you want, you have to be organised. “Ordering is the biggest challenge because you have to indent five days; the planning is challenging.”

Australia’s top chef has his hands full with five restaurants, but further expansion of the Burnt Ends portfolio is on the table if the conditions are right. “The Maldives is like a beachside version of Burnt Ends, so if we can do that with a partner overseas, 100 per cent we can replicate it,” he says. “But it’s not, ‘Let’s take over the world and watch it go to shit. We have to get it right and put systems in place that work.”

On the day of Hospitality’s interview, the kitchen was at the tail end of a 13-day stretch. Most people would be reaching exhaustion by this point, but not this team.

Pynt uses the word ‘slayer’ a lot to describe his staff, but it’s perhaps most applicable to the chef himself. “I like working and I enjoy it,” he says. “I wouldn’t come to work if I didn’t like it.”

This story originally appeared in the August edition of Hospitality magazine. Subscribe here.