Anthony Bourdain biography to be released

While the culinary world is still reeling from the loss of Anthony Bourdain, it has been revealed a biography will be released in 2019.

Forbes relates a description of the book as “an authorised portrait of the writer, veteran chef and television traveler [sic], built from stories who knew him best”.

Woolever has confirmed the book, and says she is currently in talks with Bourdain’s estate.

“After working with and collaborating with Tony since 2004, I’m honored to now be working with his estate, and talking to the people who knew him best, in order to share the story of a life that influenced so many people, in so many ways, all across the globe,” she tells Eater.

Anthony Bourdain died of suicide age 61 in a hotel in France. 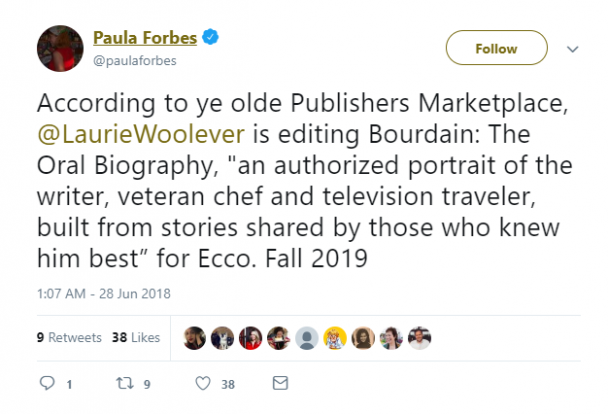